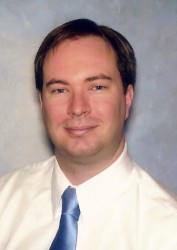 Casey grew up in Oneida, NY. He had many interests including playing several sports and performing in several music groups. During high school he became interested in complimentary and alternative medicine (CAM) because he believed that there was still a lot to learn about the human body and how it functions. Not knowing at the time how to turn that interest into a career Casey decided to attend the University of Rochester to study Brain and Cognitive Sciences.

Once at college Casey immediately added a second major in Religion. He studied everything from early Christianity to various eastern philosophies. One of his favorite classes was called “From Confucius to Zen” which explored the different philosophies and religions of China and Japan. Little did he know that this class helped lay the groundwork for his latter interest in Chinese medicine and martial arts. Meanwhile after working as a lab assistant for a year, Casey realized that a future of research and academics was not for him.

As graduation drew nearer Casey knew he had to figure out what he wanted to do after college. He started to come back to the idea of complimentary and alternative medicine. That is when he discovered the Acupuncture and Oriental Medicine program at the Finger Lakes School of Acupuncture and Oriental Medicine (FLSAOM) and realized that was what he wanted to do for the rest of his life.

Though he was ready to jump right in Casey decided to hold off going directly into graduate school. He got a job working at Harris Interactive, a market research company that specializes in online surveys, and took a few online courses. This has given him true insight to the challenges and stresses that working in the corporate world presents as well as how that can impact people’s health.

Casey continued to work at Harris Interactive while attending FLSAOM which definitely was a challenge. Despite that, Casey was on the Dean’s List every semester and graduated magna cum laude. His clinical internships allowed him to work with many great people and in a variety of settings. Particularly interesting for Casey were his internships at the Canandaigua VA hospital and Crouse hospital in Syracuse, NY. At the VA hospital Casey primarily treated veterans with chronic pain. At Crouse, Casey was primarily working in the oncology department where he was able to help patients suffering from pain, constipation, insomnia and other health issues.

Casey earned his Masters in Acupuncture and Oriental Medicine (MSAOM), and holds a NY state license (LAc). He is also board certified by the National Certification Council of Acupuncture and Oriental Medicine (NCCAOM). After graduation, Casey started East Side Acupuncture in Oneida. After a few months he met Dr. Thorpe and opened a second office in Fayetteville. He lives in Minoa with his wife, Beth, and two cats, Godiva and Pete. During his free time Casey learns kung fu at Syracuse Kung Fu and enjoys reading and watching movies. Casey is also passionate about qigong, a traditional Chinese exercise used for health. His desire is to educate people about acupuncture and Chinese herbal medicine and how it can be a safe and effective way to achieve health and happiness.